Susana Anagua (1976) lives and works in Lisbon and Rio de Janeiro. Holding a PhD in Contemporary Artistic Processes from UERJ-Rio de Janeiro, she finished her MA in Digital Arts in London Arts University (Camberwell College of Arts). She also holds a Bachelor degree in Fine Arts from Escola Superior de Artes e Design (ESAD) in Caldas da Rainha, where she also teaches since 2009.

Her solo exhibitions which stand out are “Olhar Radar” (2012, Rio de Janeiro) or “Desnorte/ Northless” in the project room of the Center of Modern Art of the Calouste Gulbenkian Foundation (2008, Lisbon). Also, she did installations and public interventions like “Carris Arte em Movimento” an installation project in the Glória Elevator in Lisbon 2019, and the project held as part of the commemoration of the election of the “7 Wonders of Portugal”, Batalha Monastery, in 2008

From the artistic residencies and biennials the most important are “Invisible Trips” (2013) with the support of DGARTES for the Biennial of São Tomé and Príncipe, the artistic coordination of the international residency “OFFLINE”, at LARGO residences in Lisbon and participation in “Transient” – “Between albums and archives” – “Xerem and Triangle Networks” – in 2012 – “Largo Residences” – Lisbon.
Collective exhibitions include “LinkFest”, Ireland, “Arround A Volta”, Marseille, in 2005, “Seven artists to the tenth month”, Calouste Gulbenkian Foundation, Lisbon; “E=mc2”, National Museum of Science and Technology, Coimbra; “AntecipArte 2005”, Greenhouse Cold, Lisbon; in 2004 “City Desk Award”, Centro Cultural de Cascais, Cascais; in 2005 “Perpetual Movements, Art for Carlos Paredes”,
She is an artist represented by Galeria Graphos, in Brazil, Rio de Janeiro. 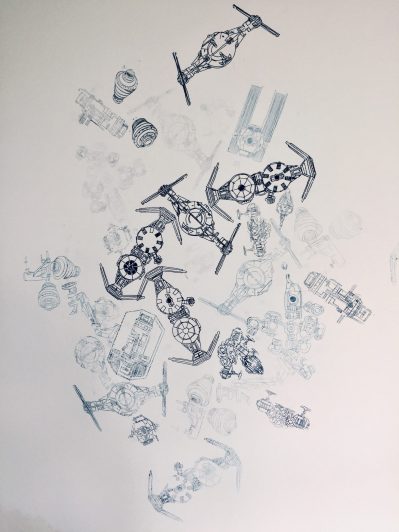