27 November 2016, midnight – deadline for submission to both prizes 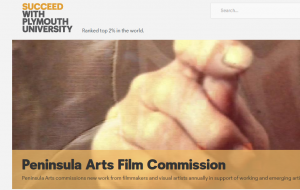 About the Film Commission

Launched in 2016, the commission is now in it’s second year after a successful inaugural year.

The commission for 2017 will now offer two distinct prizes for successful filmmakers and curators:

For details of how to submit to each category please see guidance notes for each award. Please note you can only submit to one category.