Santana holds a BFA from ESAD – Caldas da Rainha and was a participant in the Independent Study Program of Maumaus School in Lisbon. Has participated in several residencies namely, Residency Unlimited in New York, with a fellowship from Calouste Gulbenkian Foundation; Panal 360 in Buenos Aires, Mieszkanie Gepperta, Poland and Gasworks – Triangle Network at Hangar, Lisbon.
Santana won the NOVO BANCO Prize, was shortlisted for Ducato Prize (Italy), and has been awarded grants including Fulbright/Carmona e Costa Foundation, Criatório – CMP, Amadeo Souza Cardoso, and Calouste Gulbenkian Foundation. 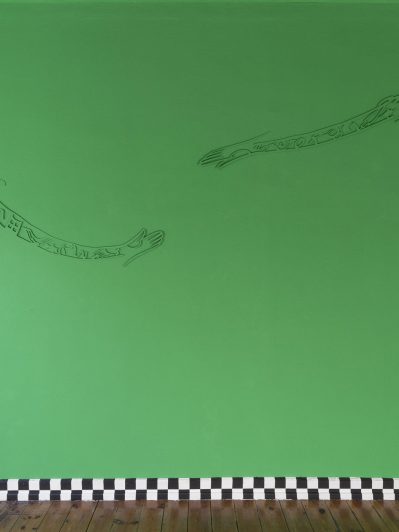