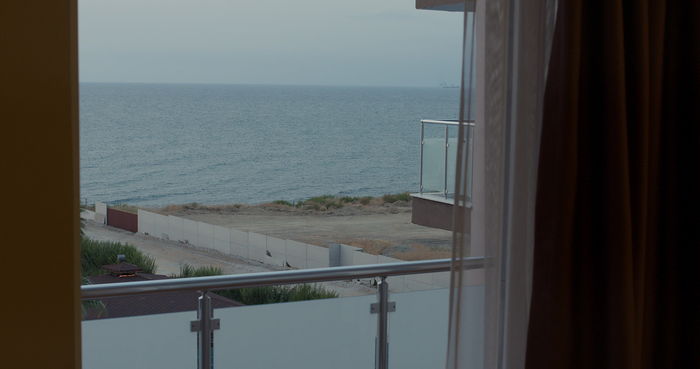 Call for applications: RAW Académie Session 7
Images for our times, directed by Eric Baudelaire
May 20–June 30, 2019

What is RAW Académie?
RAW Académie is an experimental residential program for the research and study of artistic and curatorial practice and thought. The program takes place over 7 weeks in Dakar. It is dedicated to a dynamic reflection on artistic research, curatorial practice and critical writing. The Académie is held during two distinct sessions per year; March–May and October–December. Session 7 will be led by the artist and filmmaker Eric Baudelaire (FR). It will take place from October 28 to December 13, 2019.

Images for our times
RAW Académie Session 7 directed by Eric Baudelaire will focus on film. New ways to see, to hear and to share, to help us question the urgencies of the present, not so much to explain them but to question ourselves in the face of them. Seven weeks to reflect on the relationship between film and actuality, between images and events, between art and the real.

While a shared definition of what constitutes the real eludes us, we have imagined this session with a great love for those who devote themselves, in various ways, to trying to grasp it, to studying its mechanisms, or simply to shining a light on a sliver of it. The faculty of session 7 is made up of fellow travelers who share these concerns, and have been engaged in reflecting on the real with variable doses of fiction, invention, imagination and observation.

A passage from Samuel Beckett comes to mind: “… there will be a new form and (…) this form will be of such a type that it admits the chaos and does not try to say that the chaos is really something else. The form and the chaos remain separate… That is why the form itself becomes a preoccupation, because it exists as a problem separate from the material it accommodates. To find a form that accommodates the mess, that is the task of the artist now.”

Today, the word mess as a synonym for the word real seems as prescient as ever. What matters about Beckett’s formulation, what feels urgent and relevant about it in the current moment, is that it doesn’t speak of a task to reveal the mess, or deconstruct the mess—it speaks of a need to accommodate it in a form, so that we may find new ways to relate to it, whatever that form may be.

Throughout the Académie, we will discuss the potentialities of images and sounds. Together, we will watch a film a day: films authored by, and films that have inspired the visiting faculty. We will consider film as a means of resistance, a tool to generate new critical forms, material and ideas, a medium for creating a common experience. We will juxtapose fictions that have documentary tendencies with documents that open fictional spaces, and instigate a dialogue between them. We will inhabit the space between story and history. We will discuss expanded practices, beyond film and projections: convening other artworks, archives, performances and discussions into the exhibition space, working with printed matter, inventing new models of interaction between artist, audience and material.

Images for our times will be structured around rituals and repetition. The program will not be production focused, but fellows will be encouraged to work on small projects, make images in Dakar, and share them with the fellows during dedicated weekly viewing sessions.

Through screenings, walks and discussions, RAW Académie Session 7 will reflect on a cinema that searches for new forms to accommodate the real, with the conviction that a form can create a community of circumstance. A community that exists because of the form, a community that thinks about problems that the observed real poses. What remains important is experiencing a sensation together, experiencing a non-fragmented continuity together. Thinking anew our sense of time as we reflect about the mess. Affirming an urgency to rethink our experience of time.

This session is open to filmmakers and artists interested in working with moving images, as well as film programmers, curators, researchers, and art historians with a commitment to the moving image.

About RAW Material Company
RAW Material Company is a center for art, knowledge and society. It is an initiative involved with curatorial practice, artistic education, residencies, knowledge production and the archiving of theory and criticism on art. It works to foster appreciation for and growth of artistic and intellectual creativity in Africa. The program is trans-disciplinary and is equally informed by literature, film, architecture, politics, fashion, cuisine and diaspora.

About Eric Baudelaire
Eric Baudelaire (b. 1973) is an artist and filmmaker based in Paris, France. After training as a political scientist, Baudelaire established himself as a visual artist with a research-based practice incorporating photography, printmaking and video. Since 2010, filmmaking has become central to his work. His feature films Also Known As Jihadi (2017), Letters to Max (2014), The Ugly One (2013) and The Anabasis of May and Fusako Shigenobu, Masao Adachi and 27 Years Without Images (2011) have circulated widely in film festivals (including Locarno, Toronto, New York, FID Marseille and Rotterdamfilm festivals). When shown within exhibitions, Baudelaire’s films are part of broad installations that include works on paper, performance, publications and public programs, in projects such as APRÈS at the Centre Pompidou in Paris, and The Secession Sessions, which traveled to the Berkeley Art Museum, Bétonsalon in Paris, Bergen Kunsthall and Sharjah Biennial 12. Baudelaire has had monographic exhibitions at the Witte de With (Rotterdam) the Fridericianum (Kassel) the Beirut Art Center, Gasworks (London) and the Hammer Museum in Los Angeles, and has participated in the 2017 Whitney Biennale, the 2014 Yokohama Triennale, Mediacity Seoul 2014, and the 2012 Taipei Biennial. His work is in the collections of the Reina Sofia Museum in Madrid, the MACBA in Barcelona, the Museum of Modern Art in New York, the Centre Pompidou in Paris and M+ in Hong Kong.

The selection committee for Session 7 is made up of Eric Baudelaire and the curatorial team of RAW Material Company.

Only short listed applicants will be notified and invited for online interview. Please apply here