Miha Štrukelj lives and works in Ljubljana, Slovenia. He got his Master degree from the Academy of Fine Arts Ljubljana, Slovenia. In his artistic practice, Miha examines how environments define the human being and vice-versa, and how remembered details can shape our view. Miha Štrukelj is particularly interested in urban landscapes and uses drawing and painting to create works blurring the boundaries between imagined and real environment. He has been attending several international artist-in-residency programs since 2007. Štrukelj has received several awards, including the Pollock-Krasner Grant 2008/09 and the Henkel Drawing Award 2008, Trust for Mutual Understanding 2014. His work has also been included in the National Collection of the Museum of Contemporary Art in Ljubljana among other national, international private collections. His work has been presented in “Vitamin P; New Perspectives in Painting” (Phaidon 2002). In 2009 he represented Slovenia in the Slovenian Pavilion at 53rd Venice Biennial. 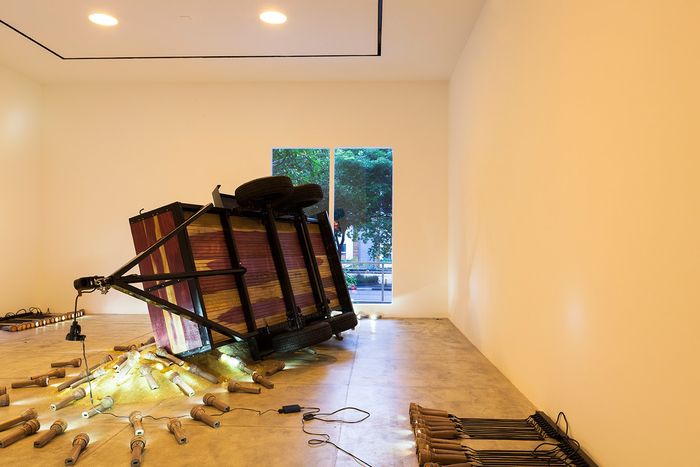