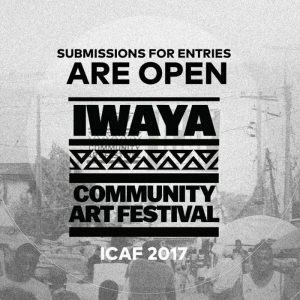 Still NO LONGER AT EASE

We returned to our places, these Kingdoms

But no longer at ease here
With an alien people clutching their gods.
I should be glad of another death.

In 1960, Heinemann published No Longer At Ease, a sequel to Things Fall Apart by Chinua Achebe. The title originally comes from the closing lines of “Journey of the Magi,” a 43-line poem by T.S Eliot, published in 1927, in Ariel Poems – a pamphlet series of poems for the Christmas season.

The second edition of ICAF Lagos adapts the title of the second book by the Nigerian writer, Chinua Achebe, as its theme – Still No Longer At Ease. In the novel, the main character, Obi Okonkwo, returns to Nigeria after years of struggle with life and studies in England. Upon his return, Obi was torn between strong idealism against societal pressure as well as corruption and societal ills that lead him to a point where he gives in to taking bribes and eventually becomes a parody of himself. In No Longer At Ease, Achebe explores the concept of societal pressure as a retrogressive hindrance to individual ideological progress as evidenced in Obi Okonkwo’s failed marriage to Clara, who is considered an Osu, the “other” in the Igbo society. Most times, as the Obi/Clara issue suggests, the essence of humanity is questioned with the ideology of the “others,” that lacks dialogue and inclusion with that of the “others” and this is where both the title of the novel and the tragedy that it narrates become relevant to our focus on migration and refugeeism this year.

As the world is seen in a new phase of accelerated globalization (Ottmar Ette 2012) what affects one, should affect all.  But it is clear that the balance of rationality of humanitarianism is completely questioned in every part of the globe, particularly in some European countries at the moment, where the refugees are seen to be threatening the harmonious living, and challenging the perceived “luxurious” existence, of those countries that are trying to either accommodate them or not at all. The seemingly ongoing serial terrorist attacks in Europe also remains a big threat to security and remotely connected to the same issue as Europe’s own brutal foreign policies; hence human sanity and sanctity in its member states and elsewhere are severely threatened. The questions remain: should this be a reenactment or re-adaptation of the brutalities committed by the European Explorers during the Age of Discovery against the so-called underdeveloped countries of the world which are mostly in the global south? Should terrorist attacks against Europe be a justification of Europe’s ongoing foreign policy of domination that is much supported and justified by Western media? What does it all portend for global peace and especially for Africa in spite of the continent’s myriad of problems?

Moreover, the role of Africans in the refugee “world-project” challenges the summation of Walter Rodney in his famous book How Europe Underdeveloped Africa about Europe’s role in wrecking Africa. Of particular and pressing significance is the danger posed by internal displacement in several African countries caused by radical ideologies in all spheres: the resurgence of xenophobic violence in South Africa, the Azawad National Liberation Movement that led to numerous insurgencies in Mali, and the Islamist militia group Boko Haram in Nigeria to name a few. They all have one thing in common: the destabilization of peace and freedom in demand for, paradoxically, peace and freedom. Boko Haram is a particularly significant case, for since the beginning of the carnage that the group now symbolizes, close to a million people have been rendered homeless, more than half of the figure dispersed as refugees and asylum-seekers in neighbouring Cameroon, Chad, Niger Republic and others, aside from over 250,000 and counting killed. While Europe grapples with refugee issues, in Africa the same surfaces through brutal displacement of hapless people such as the Boko Haram victims who are, in the final analysis, victims of political and economic malfeasance. Right in Makoko, behind our backyard in Iwaya/Sogunro, similar brutal government policy of “assimilation” threatens to displace and turn into refugees thousands of families who have lived their lives peacefully in the community for over 100 years.

May be there is another way of approaching this recent displacement/ migration/refugee “crisis” and its numerous related issues? In an attempt to revisit these recurrent discourses, we are calling artists from Africa and all around the world, to contribute through their works to the discourses on self and clime inflicted by the internal and external phenomenon of displacement/migration within the context of Africa and beyond. ICAF Lagos 2017 is calling for works and artistic ideas from artists that explore issues in the area of spiritual, economical, sociological, ecological and marital dimensions of displacement/migration taking place both inside and outside of the African continent.

ICAF Lagos 2017 shall invite five artists (local and/or international) to participate in the first Artist-In-Residence (AIR) programme, which is a month’s residency in Iwaya community in November, to exhibit their work(s) during the Iwaya Community Art Festival in December (6th – 10th), 2017.

As the use of both alternative and abandoned spaces are central to our style of presentation, we are looking for works that could be immediately printed with the use of different techniques for public space and site-specific works/performances.

Applications are invited from artists that are fluent in English from Africa and other parts of the globe and are interested in living with a family within the Iwaya community. They must also complete an artistic project for the duration of the ICAF AIR programme.

As part of ICAF 2017, scholars in various fields of research are invited to present papers on the theme of displacement/ migration/refugee “crisis” in Africa and in the global contexts. Consequently, abstracts of no more than 300 words including name(s), affiliations and contact details are hereby invited for presentation. The sub-themes include but are not limited to: