CfP – Bridging Visual Histories: Sculpture and Photography in the Arts of Africa by Ricardo July 26, 2018 0 Opportunities 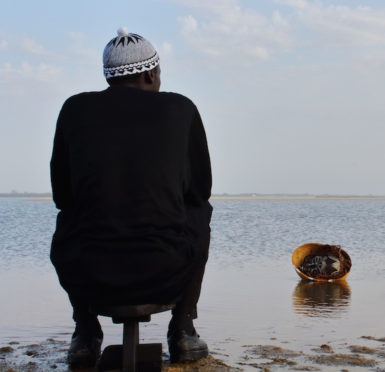 Cfp for the panel « Bridging Visual Histories: Sculpture and Photography in the Arts of Africa » at the College Art Association’s 107th Annual Conference, held in New York City, February 13-16, 2019.

Session Abstract: In the literature on the arts of Africa, sculptural traditions and photographic images are most often discussed as two separate fields of enquiry with distinct methodologies, aesthetics, and materialities. However, since the late 1970s, pioneering studies have revealed fruitful connections between these two media and their intertwined histories both in Africa and the West. Research has focused on the visible points of connection between these art forms by investigating the transpositions of sculptural traditions to the photographic image—from Yoruba portraiture and ibeji cults (Sprague 1978, Oguibe 1996) to Akan funerary practices (Wendl 2001). Critical scholarship has also unpacked ways in which photographs by Euro-American modernists have contributed to a lasting aestheticized approach of African sculpture (Grossman 2009, Strother 2013). More recently, orality, given its centrality in African cultures, has become an avenue of research in African photography, mixing physicality with immateriality (Küster and Pacquet eds. 2017). This panel seeks to deepen these important contributions, and expand the inquiry to other analysis bridging the histories of African sculpture and photography. How did photographic images overlap, replace or build onto the aesthetics of sculptural practices, whether earlier or contemporary? Have posing sessions in the photographic studio replicated postures commonly expressed in historical sculptures, or have their performative nature borrowed elements from African arts’ long traditions of performance? How relevant are historical forms in the photographic practice of contemporary artists? Lastly, how has the symbiotic relation between these two media contributed to shaping the field and the understanding of these traditions?

a. Make sure your name appears exactly as you would like it listed in the conference program and conference website.

b. Make sure your affiliation appears as the official, recognized name of your institution (you may not list multiple affiliations).

c. Make sure to include an active CAA Member ID (all participants must be current members through February 2019; inactive or lapsed members will be pulled from participation on August 28, 2018).

2. Paper abstract: maximum 250 words, in the form of a single paragraph. Make sure your title and abstract appear exactly as you would like them published in the conference program, Abstracts 2019, and the CAA website.

Chairs determine the speakers for their session and reply to all applicants by August 30, 2018.