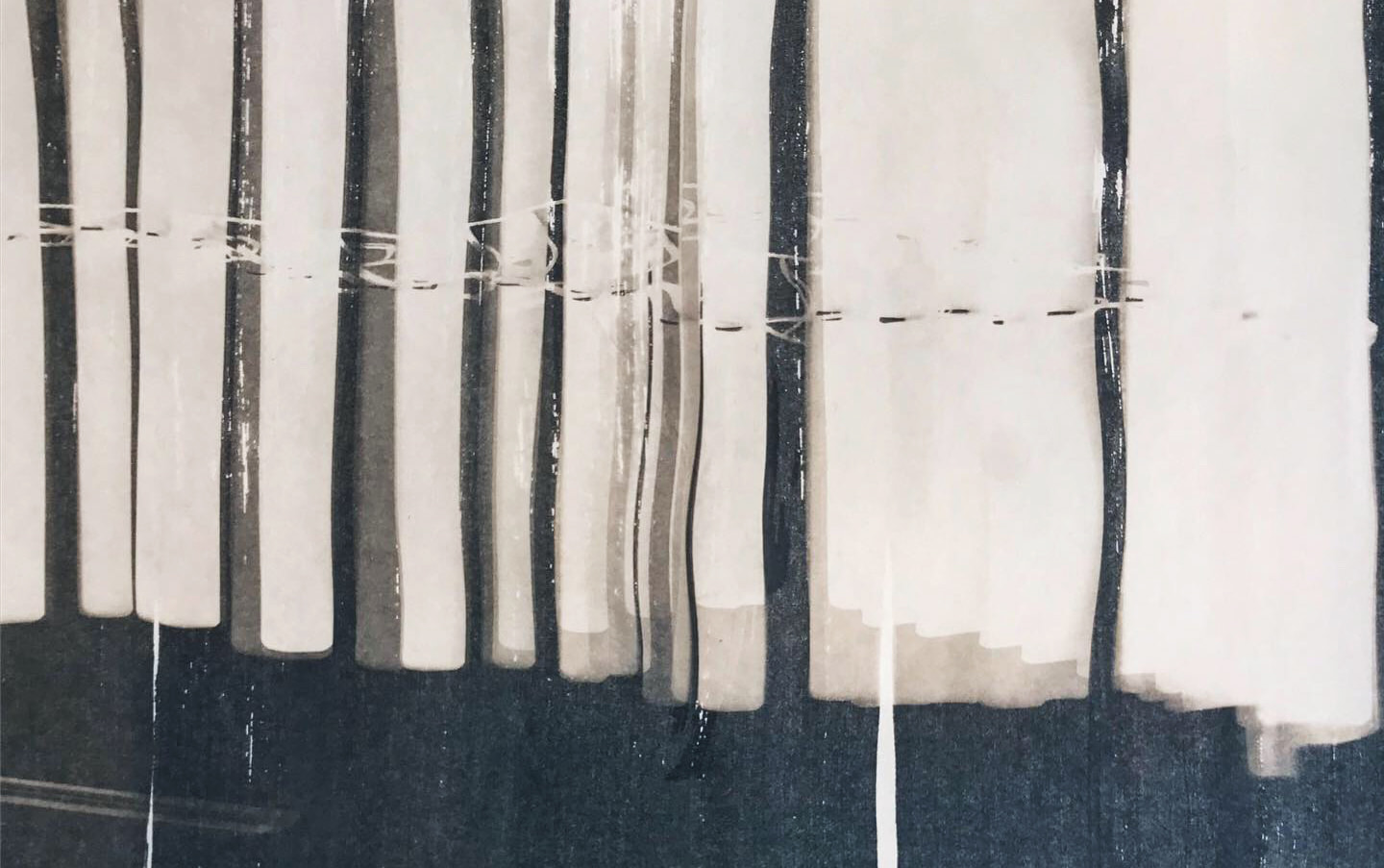 TALK – Covered in dark. Behind her word, beneath that rhyme; Tulip

©️ “Covered in dark. Behind her word, beneath that rhyme; Tulip”. Mariella Ottosson. 2021.

“Covered in dark. Behind her word, beneath that rhyme; Tulip”

Online talk with Swedish artist Mariella Louise Otto, who will present her ongoing installation of sound and cyanotypes, also exhibited at Hangar Online. “Covered in dark. Behind her word, beneath that rhyme; Tulip” has been developed in collaboration with opera singer Kristine Nowlain and is an elaboration on the anatomy of the voice, as well as barriers in language, while visually also reflecting notions of the negative, exterior and interior spaces, among other subjects. Otto has developed the piece during her residency, at Hangar in February, 2021 – the talk will be held in conversation with curator Cristiana Teijo and artist Ângela Ferreira.

Ângela Ferreira born in 1958 in Maputo, Mozambique, grew up in South Africa and obtained her MFA from the Michaelis School of Fine Art, University of Cape Town. She lives and works in Lisbon, teaching Fine Art at Lisbon University, where she obtained her doctorate in 2016.

Ferreira’s work is concerned with the ongoing impact of colonialism and post-colonialism on contemporary society, an investigation that is conducted throught in-depth research and distillation of ideias into concise and resonant forms. She represented Portugal at the 52nd Venice Biennale in 2007, continuing her investigations into the ways in which European modernism to adapted or failed to adapt to the realities of the African continent by tracing the history of Jean Prouvé’s’ Maison Tropicale’. Architecture also serves as a starting point for the deepening of her long research on the erasure of colonial memory and the refusal of reparation, which finds its most complex materialization in A Tendency to Forget (2015) focusing on ethnographic work of the couple Jorge and Margot Dias. The Pan African Unity Mural (2018), exhibited at the Maat Museum Lisbon and Bildmuseet, Umea, Sweden was conceived, retrospectively and introspectively, for the “here” and the “now”. In addition to its own trajectory, other biographical stories are simultaneously narrated, exposed and hidden in this work. In Dalaba: Sol d’Exile (2019) a work focused on Miriam Makeba, one of the most prominent figures in the struggle against apartheid, Ferreira created sculptural pieces based on the architectural elements of the exile building where Makeba lived in Conakri, almost like a prototype of the relationship between modernist and African vernacular architectures. Her sculptural, sound and videographic homages have continuously referenced economic, political and cultural history of the African continent whilst recuperating the work and image of unexpected figures like Peter Blum, Carlos Cardoso, Ingrid Jonker, Jimi Hendrix, Jorge Ben Jor, Jorge dos Santos, Diego Rivera or Miriam Makeba.

Cristiana Tejo is an independent curator and PhD in Sociology (State University of Pernambuco). She is an integrated member of the Art History Institute at Universidade Nova de Lisboa and a researcher at the Project Artists and Radical Education in Latin America: 1960/1970. She co-coordinate Space NowHere – exchanges and artistic experiments with the artist Marilá Dardot, in Lisbon. She is co-curator with Kiki Mazzuchelli of the Belojardim Residency, in Agreste region of Pernambuco, and co-founded the Espaço Fonte (Recife) residency space that received artists and curators from Germany, France, Spain, Argentina, Puerto Rico, Holland, Portugal of Brazil. She was also curator of the Made in Mirrors Project, an exchange between artists from Brazil, China, Egypt and the Netherlands (2007 – 2012). She was Coordinator of Public Programs at the Joaquim Nabuco Foundation (2009 – 2011), Director of the Museum of Modern Art Aloísio Magalhães (2007-2009) and curator of Plastic Arts at the Joaquim Nabuco Foundation (2002-2006). She co-cured the 32nd Panorama of Brazilian Art at MAM – SP, with Cauê Alves (2011) and the Itaú Cultural Rumos Artes Visuais Project (2005-2006). She curated Paulo Bruscky’s Special Room at the 10th Havana Biennial (2009). Lives and works in Lisbon.

Otto’s work often depart from ideas on language and ways in which we embody, stage or enact narratives – considering the body as a ‘site of information’ or ‘scene’, with connections to our socio-political present and past. Archive material, historical figures and texts are merged with her own material and images, in formats of video montage, installation, sound, assemblage or printed matter.

In the past years she has exhibited works at, Bloc Projects (Sheffield, GB), Galleri KVIT (Copenhagen, DK), Friday Exit (Vienna, AU), KICA (Krasnodar, RU), Skissernas Museum (Lund, SE) and Inter Arts Center (Malmö, SE). Otto has recently received Erik Sääf’s Fond from Konstakademien, 2020 as well as The Swedish Arts councils assistant grant, to work with visual artist, Ângela Ferreira, in Portugal. During her time in Lisbon, she participated in a one month residency at Hangar Cia(2021). This summer, she has been commissioned to produce a sound-piece, for the project “Raumdeuter Radio”, curated by Joe Rowley, launching as part of GIBCA, (Gothenburgs International Biennial for Contemporary Art). Outside her own praxis, Otto works with art education and writing, also co-running the newly opened Malmo Gallery, “Canopy”.

Covered in dark. Behind her word, beneath that rhyme; Tulip