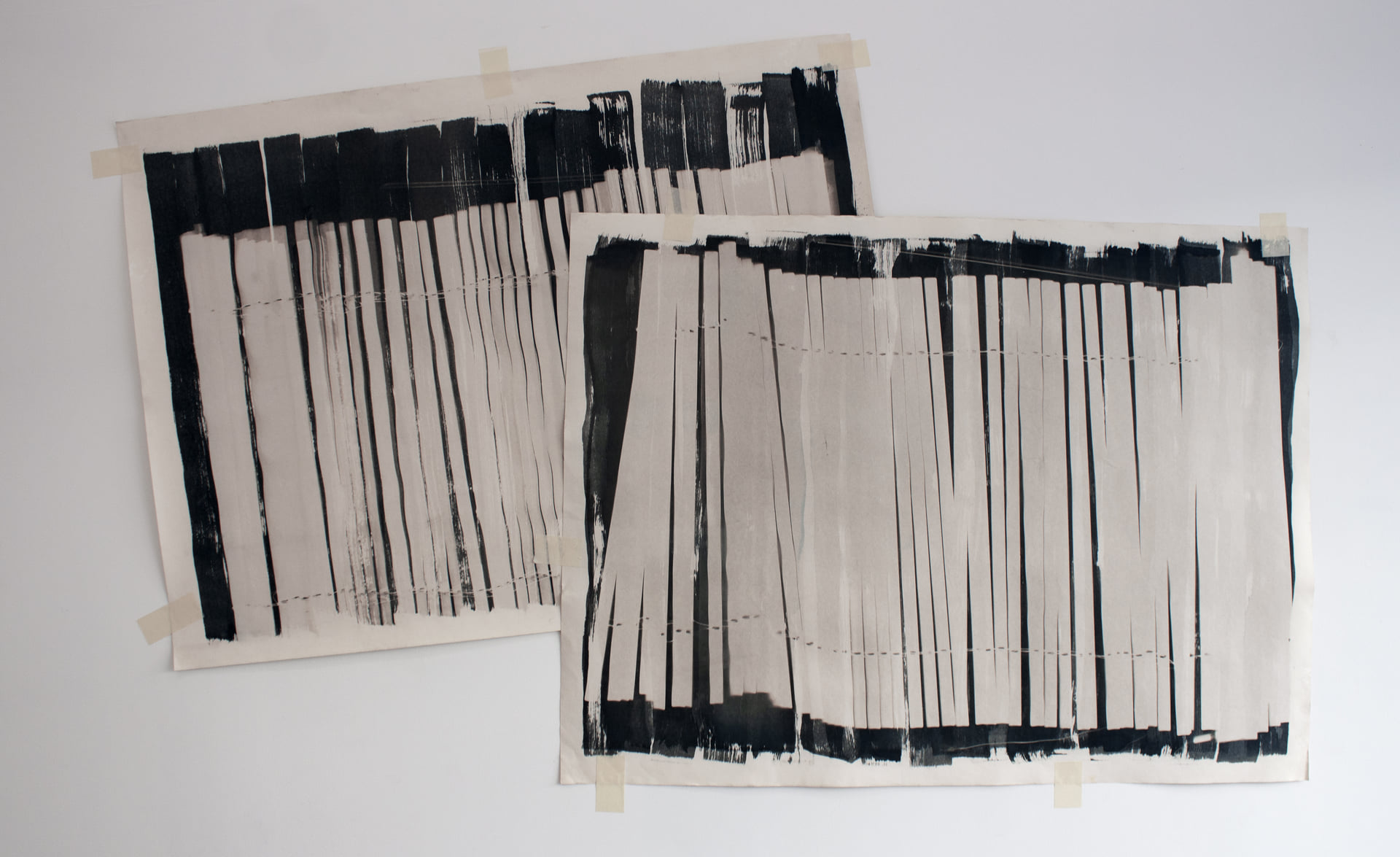 “Covered in dark. Behind her word, beneath that rhyme; Tulip”

Through my work, I consider the human body as a ‘stage’ – a place where residues of society and memory are manifested – where levels of the imaginable play out, through acting and animation. From my point of view, the body is an open seem; Leak and the embodiment a two fold, pending in simultaneous exposure and harbouring. Perception and language are the motors for my pieces, interlacing archive material and history with fiction – treating voyerism and witness statements, fascist narratives of purity and touch, as well as incomprehensible orality and borders of make-sense. Ideas of ‘the backstage’ are central, not only via enactments, spatial scenery and the archive, but in ways of reflecting on the mind – its capability to associative thought, through memory; Composition. In montages, assemblages and installation, I link imagery, text and objects, in what I look at as ‘composed readings’ – placing my viewer in an speculative and ambiguous setting of references to literature and historical characters or events, as well as theatre theory and politics.

“Covered in dark. Behind her word, beneath that rhyme; Tulip”, departs from an idea of language as imposed control; considering the articulated as a form of domestication, where the abstract voice and vocality becomes an image of resisting meaning. Working collaboratively with opera singer Kristine Nowlain, I have been building a sound score, editing and modifying her warmup routine. Contemplating notions of exposure and anatomy -embracing the non-lingual aspect of vocality- brought us to investigate the voice in a state of ‘becoming’, moving from the vibration of the vocal cords and the resonance of stomach and throat, the piece gradually rises towards more defined melody. In parallel to the voice of Kristine, I have worked on a series of cyanotype prints depicting a window blind, making connections to the dark room, the photographic negative and the image of a ‘barrier’. Reflecting the history of cyanotype printing, being a technique for botanic research, documentation and archiving – a link is drawn between mouth and flower; Soft material. The work shown at Hangar Online is the result of a one month residency, presenting an adjusted version of what is to become an installation piece of a sole speaker on a stand, streaming the opera exercise, facing a series of large scale cyanotype prints, taped on a plate of glass. I consider the work a poem, perhaps, wishing to point towards a potential – a potential of what could be articulated or exposed. A voice calling, searching for something not yet defined, or for words not yet invented.

Covered in dark. Behind her word, beneath that rhyme; Tulip